The Future of School Choice 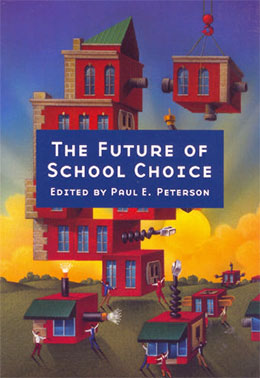 In the most anticipated decision of its 2002 term, the Supreme Court ruled, in the case of Zelman v. Simmons-Harris, that the school voucher program in Cleveland, Ohio, did not violate the Constitution’s ban on the "establishment" of religion. Opponents of vouchers (i.e., the use of public funds to help low-income families pay tuition at private schools, including religious schools) were predictably disappointed but pledged to fight on. In The Future of School Choice, a group of distinguished authors examine the meaning of the recent Supreme Court decision and consider the new political and policy context it has created.

The first part of the volume looks at the legal meaning of Zelman, assessing whether its legal impact is broad or narrow—and revealing that not every state judge necessarily views this in the same way. The second part explores the broader political and policy context in the wake of this Supreme Court decision. The collection as a whole provides an overview of the direction in which the school choice movement is likely to go in the years ahead. The authors examine how the "religious" issue is handled in other countries without bitter or divisive controversy. They illuminate the difficulties of voucher politics for elected officials. And they discuss the viability of charter schools and tax credits or deductions as an alternative to vouchers. In addition, one chapter of the book is devoted to examining the implementation of the choice provisions contained in the 2002 education law, No Child Left Behind. Paul E. Peterson is the Henry Lee Shattuck Professor of Government and director of the Program on Education Policy and Governance at Harvard University, a senior fellow at the Hoover Institution, and editor in chief of Education Next, a journal of opinion and research. Contributors: Peter Berkowitz, Clint Bolick, Ronald Brownstein, Louis R. Cohen, Charles L. Glenn, C. Boyden Gray, Steven K. Green, Jan de Groof, Bryan Hassel, Terry M. Moe, Paul E. Peterson, Kenneth W. Starr, Martin R. West