However Wisconsin's recall election turns out on Tuesday, teachers unions already appear to be losing a larger political fight—in public opinion. In our latest annual national survey, we found that the share of the public with a positive view of union impact on local schools has dropped by seven percentage points in the past year. Among teachers, the decline was an even more remarkable 16 points.

This past week the NAACP, the National Urban League and other civil-rights groups collectively condemned charter schools. Claiming to speak for minority Americans, the organizations expressed "reservations" about the Obama administration's "extensive reliance on charter schools." They specifically voiced concern about "the overrepresentation of charter schools in low-income and predominantly minority communities."

Yesterday President Barack Obama delivered a pep talk to America's schoolchildren. The president owes a separate speech to America's parents. They deserve some straight talk on the state of our public schools.

According to the just released Education Next poll put out by the Hoover Institution, public assessment of schools has fallen to the lowest level recorded since Americans were first asked to grade schools in 1981. Just 18% of those surveyed gave schools a grade of an A or a B, down from 30% reported by a Gallup poll as recently as 2005.

This book explores the application of Scalia’s textualism and originalism to education law and reflects upon Scalia’s teachings and his pedagogy. Education law may seem to be an odd vehicle for considering Scalia’s constitutional approach, but thinking about schools requires attention to political fundamentals—freedom of speech, free exercise of religion, equality of opportunity, federalism, and the proper role of the expert. Legal scholars, philosophers, and political scientists provide both critiques and apologies for Scalia’s approach.

This is the last issue of Education Next for which I will serve as editor-in-chief. In an era when many magazines have disappeared from newsstands, it is an honor that so many of you continue to find the journal’s material worthy of your consideration.

A star has at least five points. So I was told by a senior colleague at a time in my life when I was desperately trying to figure out how to burnish just one. Even by that standard, James S. Coleman is securely situated in a celestial constellation, as five points can be discerned even if one looks only at his research on schools.

Teachers versus the Public - What Americans Think about Schools and How to Fix Them. Paul Peterson, Michael Henderson, Martin R. West. Brookings Institution Press, 177 pages. 2014. 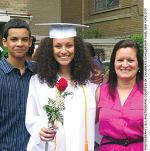 In 1996, Cardinal John J. O’Connor, archbishop of New York, proposed to Rudy Crew, chancellor of the New York City public school system, that the city’s most troubled public-school students be sent to Catholic schools, where he would see that they were given an education. New York City’s mayor at that time, Rudolph Giuliani, a voucher supporter, attempted to secure public funds that would allow Catholic schools to fulfill the cardinal’s offer. But voucher opponents condemned the idea on the grounds that it violated the no establishment of religion clause of the First Amendment.

In the following essays, we identify some of the key findings from the sixth annual Education Next-PEPG Survey, a nationally representative sample of U.S. citizens interviewed during April and May of 2012 (for survey methodology, see sidebar). Highlights include 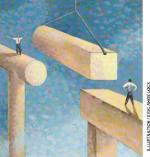 What do Americans think about their schools? More important, perhaps, what would it take to change their minds? Can a president at the peak of his popularity convince people to rethink their positions on specific education reforms? Might research findings do so? And when do new facts have the potential to alter public thinking? Answers to these questions can be gleaned from surveys conducted over the past three years under the auspices of Education Next and Harvard’s Program on Education Policy and Governance (PEPG).

The 2008 Education Next-PEPG Survey of Public Opinion: Americans think less of their schools than of their police departments and post offices. William Howell, Martin West , Paul Peterson. Education Next, 8(4), 12-26. 2008.

Americans clearly have had their fill of a sluggish economy and an unpopular war. Their frustration now may also extend to public education. In this, the second annual national survey of U.S. adults conducted under the auspices of Education Next and the Program on Education Policy and Governance (PEPG) at Harvard University, we observe a public that takes an increasingly critical view both of public schools as they exist today and, perhaps ironically, of many prominent reforms designed to improve them.